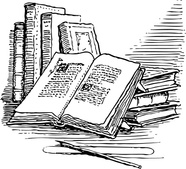 We think that everything that written must be true – “I read that…” is offered up as proof in our argument.  “That’s not true…” – “Yes it is, I read it in the newspaper!”  (And the retractions the newspaper prints the next day are small and barely read…)

The WSJ had a headline last week: Fake News: A Google Deal That Wasn’t   Apparently PRWeb.com printed a fraudulent press release that Google had purchased wireless broadband provider ICOA for $400 million to “further diversify it’s already impressive portfolio of companies”.  (note: the grammatically incorrect use of “it’s” should have been proof enough that the press release was a fake, as any decent writer should know.)   This incorrect written piece it was picked up by the AP and other news outlets and blogs.  Worse still is that stock trades were made on the news, causing the CEO of ICOA to call the SEC and halt trading of its stock.  An investigation and criminal charges are coming.

Recently I was warned about an online hoax, and part of the argument that it was real and not a hoax was that it was verified legit with Snopes – the urban legend be all and end all – so that was proof positive of authenticity according to this email (we look for an written outside authority to back up our claims).  Then along came the reply email: “You didn’t look far enough back – Snopes discounted this in 1993 – this hoax is not true.”  And the further reply back, “Well, better safe than sorry.” (sniff)

So why do we believe so much in the accuracy of the written word?  One reason is that the printing press is a relatively new addition to civilization, bringing production of printed material to the masses merely 572 years ago.  Not so long in the long history of civilization, which stretches back more than 10,000 years.  Prior to Gutenberg’s invention of moveable type, all written material was hand scribed by monks and read by few.  Now that we are largely literate, we love to show off our book learning by believing everything we read!

Another reason is mental self-preservation: we hate to be wrong – damaging to the fragile ego.  We don’t want to appear overly gullible for not fact checking thoroughly (“You actually believed that?!?”) or stupid for not questioning (“How could you be taken in by that drivel?”)  But our natural instinct is to believe it – “hey, I read it in a known source of authority” – what’s to question?  Printed material has not been around long enough yet for us to question the authenticity – who would doubt the integrity of a learned monk, the printing press’ figurative forefather?

Finally, half of us rely on external sources of authority as our proof, when we need validation on decisions or behavior.   What better proof is there besides pointing to the printed page and shouting, “Ah ha!  There’s your proof!”

COMMUNICATION TAKEAWAY:  Be careful what you write – it is considered true, even if you change your mind later.  Also, it has endurance – you can’t take it back later, so make sure you can live with it through the years.  A good rule of thumb is to picture every piece of written communication as a front page headline – the litmus test before you send it/text it/mail it.  If you’re good with the world seeing it without embarrassment or a negative reflection on your character, you’re good to go.