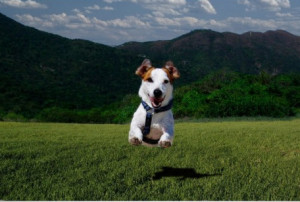 We think teens are hell-bent to break all of our rules and run wild, but actually they appreciate the rules when they understand the reason behind them.  Parents need to be willing to explain why the rules and boundaries exist and that the rules not appear arbitrary (“Because I said so”, my father’s favorite expression, is not a reason).   When the teen comprehends the reasons behind the rules themselves, they may not like the rule, but understanding the rationale for it is important.

Even better is to discuss the reason for the rules with the teen and get their input, which makes them feel respected and part of the process.   By bringing kids in on the process of setting rules and consequences right up front supports the rules that both sides agree to abide by, before they can enjoy the privileges attached.

Often teens feel like parents are trying to “control me for no reason” or “keep me under the thumb” and when parents are questioned they get irritated to have their authority questioned.  Teens also believe that when parents can’t think of a reason for their rule, don’t just say no.  Parents usually do have a good reason for the rules they set, which involves true caring of perceived danger, but when teens don’t understand the reasons, there ensues a clash of wills.  Explaining the ‘why’ behind boundaries and decisions help kids ‘own’ those reasons for themselves.

There is no need to apologize for asserting authority but that authority should be exercised in ways that build and nurtures a sense of personal responsibility.  Kids will always make mistakes and step outside of the rules in their search for freedom at all costs.  By demonstrating understanding, compassion, and support when mistakes happen helps them learn from those mistakes.

COMMUNICATION TAKEAWAY: Parents need to take charge in a way that teens can respect and hopefully lessen those inevitable clashes of will, instead of caving in when the teen cries, “That’s a stupid rule!” and refuses to follow it.  Commonly parents are reactive and find themselves running from one fire to another, instead of getting out in front of the process and being proactive.  When parents spend the extra effort to implement a ‘take-charge plan’ they reduce their overall stress.  In this way, parents step up to their responsibility and maintain discipline without excessive fighting.