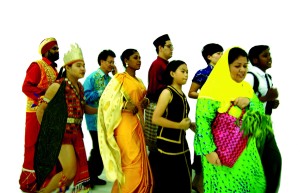 With many cultures mixing in the American workplace today, there are bound to be some clashes caused by cultural differences, even though culture is usually not recognized as the culprit.

When you hear an accent, you consciously know that the person is not a native.  While language itself can be a fluency issue, beyond the literal language, communication can also be hampered by misunderstood or unknown cultural issues.

Here’s a real situation: a manager has a good worker from Bosnia who he is sending out on a pickup job.  The worker requests a seemingly idle companion to ride along.  The manager declines sending 2 out on the job with the reply, “You can handle it.”  The worker is upset for months by this exchange and other similar ‘incidents’ that occur,eventually reporting to the manager’s boss that he and the manager can’t get along; he feels disrespected and is ready to quit.  The company is about to lose a good, trained, dedicated worker needlessly.

This situation is typical of what happens when there is a cultural clash and little understanding on both sides of the other person’s cultural point of view.

The manager thinks: What’s the problem?  He’s very capable, which is what I essentially told him, and he can certainly do the job easily alone.  He should know that I’m not going to waste 2 people on a job for 1.  How is this even an issue worth discussing?  The guy is obviously oversensitive.

The worker thinks: Why wouldn’t he send company to ride along with me?  That other guy wasn’t doing anything anyway, so he might as well tag along, which gives him something to do.  The manager doesn’t like me, so I don’t like him.

Sounds childish, I know, but this is what happens.  Thoughts and emotions like these expressed on the inside are rarely spoken out loud.  Until it happens once too often, then the top blows, tempers flare, and someone quits or is fired.  The company loses a good worker, the worker loses a good job, and no one really knows why it happened.

So how are cultural communication issues fixed and whose job is it to fix it?

Resolving the problem lies with the manager, whose skill set should include understanding worker’s needs, including attempting to understand the effects of cultural differences.

The language problem, aside from fluency (which is to understand the words themselves as spoken with an accent) is that non-native speakers take words very literally.  When someone says something, new learners assume that the speaker means what they say.  “You can handle it” – means just that, a statement of fact, which he indeed knows that he can handle the job, no question on that.

But English to native speakers is very figurative, not meant to be taken exactly literally; English is very nuanced, which native speakers all understand, but non-native speakers often do not understand all the subtle nuances, the meaning underneath the words.  “You can handle it” is a compliment that figuratively means, “I have confidence in your ability; I’m complimenting you on your competence.  I recognize that you are very capable and don’t need help.”

So language issues aside, what about the differing cultural perspective?

The American culture is one of strong independence.  People who are successful on their own are admired for their solo achievement.  Our superstar heroes all achieved greatness by their singular hard work, self-sacrifice, or expertise – all strong American values.  Americans don’t ask for help until they’ve tried it first and come up short.  An offer of help beforehand can be interpreted as a lack of confidence in ability, an insult that is usually initially rebuffed when the help offer is unsolicited.

Other cultures value teamwork and the sociability of working together.  They don’t necessarily understand a strong independent spirit because that’s not what they value.  And values are heavily influenced by culture.

When interacting with people, co-workers, colleagues from other cultures, it’s really helpful to consider the cultural differences that will hamstring effective communication.  And remember the differences between literal English (what is actually said) versus figurative English (what is meant).  It can be challenging for non-native speakers to pick up the shades of nuance in English, which can make a world of difference.