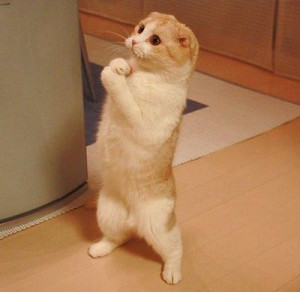 Everyone likes helping others (a natural ingrained tendency, see blog post The Fight Within – I’m Really Not Selfish, But Sometimes I Am); no one likes being taken for granted.  Yet it happens all the time – people take other people for granted, usually those closest to us are the easiest and most common victims.  This is a common lament of parents with teenagers, “After ALL  I’ve done for him, he treats me like THIS?!  She owes absolutely everything to me, yet she treats me like dirt – the ungrateful little wretch takes me totally for granted!”

So why does this happen?  And how did things get to this state?

The answer to the first question is that we train people on how to treat us (see blog post You Train Me).  And with children, since they are learning from their parents, as their first and most influential role model, this is critically important.  Not only is it that ‘this is how I treat Mom’ but also, ‘this is how mothers are treated in general’, which will greatly affect their own future parenting style (positively or negatively).

The answer to the second question is a quirk in the brain around processing favors over time.  Initially when a favor is done or given to someone, they are extremely grateful, relative to the degree of effort or cost expended in doing the favor.  But as time passes, the gratitude for the favor decreases in degree to the point that, when much time has passed, the roles actually flip, and the grateful person feels that the other person should be grateful to them!

Initially it is, “Thank you SO much – I will never forget what you’ve done for me.  I will be forever in your debt!”  This becomes, “He was happy to do me that favor, in fact he owed me as much.”  We work to rationalize away the debt because we hate to owe anyone anything, especially when we can’t repay.   Without the rationalization, we would be living forever as a ‘weasel’ (one who takes and doesn’t give), a feeling that is intolerable for a lifetime.  So the brain protects our ego with this little self-preservation trick.

With children, who can never pay their parents back for all the years of support, for the very gift of life itself, this rationalization takes the form of a sense of entitlement.  “Because you’re my mother – you HAVE to do this.”; “You owe me a college education.” – “I don’t owe you a thing.”  Sometimes this sense of entitlement takes the form of, “Just take this loan it out of my future inheritance” like an inheritance is their due.