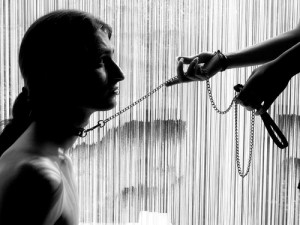 My adult son recently had knee surgery and I was called upon to be Mom (with all that implies) for 5 days while he was unable to get around himself, and his wife was away at a conference.  Over the course of the 5 days I cooked, cleaned, waited on him hand and foot, deferred completely to his needs, while trying to do my own work that I brought to do.  And as the days wore on, I was feeling more and more taken for granted and fully taken advantaged off.  Is this just selfish ego on my part rearing its head?  Or is there more to it than that?

Yes, he’s my son (but no longer a child) so there’s a certain role expectation involved (i.e. that I, fully capable, should help out), and yes, he was infirmed and needed help (and had no problem asking for assistance) but where does the line cross over from “I’m happy to be helpful to an extreme” to “Stop taking advantage of me!”??

While I was there, his father-in-law came by to bring us to a doctor’s appointment, and I noticed him also being very helpful; he regards and treats my son as if he were his own son.  And there was my son, being equally dismissive – dare I say ungrateful? – of both of our helpfulness.  I was a bit embarrassed, thinking I had raised either a terribly independent to the point of ungrateful child or one that was so inept in his communication skills as not to be able to express proper gratitude.

But ‘proper gratitude’ is a relative concept, isn’t it?  To one person a simple “thank you” is fine; to another person’s ear “thank you” without the right tone is insincere.  (He did say ‘thank you’ several times and his father-in-law did not appear offended, even as I thought it wasn’t thanks enough.)  So what is the right way/tone/words for the listener to hear it and feel like it was heartfelt and genuine to an appropriate degree?

Much of that depends on your prior relationship with the person doing the thanking, the degree of effort expended in the task/item being thanked for, and the intuitive skill of the thanker in reading what the thankee wants/deserves/expects.

But the real aha moment came when I realized that I didn’t raise an ungrateful child, I instead trained my son (and all my children) in how to treat me – to take my helpfulness fully for granted.  And his FIL trained him to treat him in a similar manner.  We train other people in how to behave around us and how to treat us – even if that treatment is not what we really want.  It’s still what we get.

We can change the record to play a new song, but it takes conscious recognition of the fact, determination of a new course of action, and knowledge of how to go about making a change.  It’s also helpful to communicate to the person about what’s going on.  Unless you plan to change your demeanor to the world – you will no longer be a victim!

COMMUNICATION TAKEAWAY:  We train the people in our lives to treat us a certain way, which is why some people treat us differently than other people do.  Or if our entire persona is that everyone treats us the same, if that response is not desirable, it can be changed.  But the change has to come from within, and that person (or the world) has to be re-trained in how they treat you.  You just need to decide that enough is enough and communicate that new position and change your own behavior, which will deliver a different response.