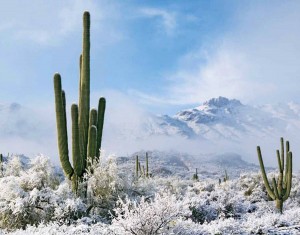 I live in Maine so I’m expected to eat and enjoy all things fish – especially lobster! – which I really don’t.  Over the weekend I attended a workshop and of course in light conversation with another participant the loving fish subject came up, to which I admitted, “I actually hate lobster!”  The ensuing conversation went like this:

“Hate?  You don’t really mean ‘hate’ do you?  Do you really HATE lobster?”

“No you don’t; don’t you really mean that you dislike it, but you don’t truly hate it?”

“I can’t think that you hate it; hate is such a harsh word; it makes me feel bad just hearing it.”

So what’s going on here?  No one cares enough about my food preferences to argue with me about how much I don’t care for fish; why the persistent argument?

This is a typical case with most people who care more about themselves, while professing to care about the other person, in their communication.  ‘It’s all about me’ dictates that you want to get your own way, force the other person to cry ‘Uncle’. Once you put a stake in the ground, you are reluctant to back down.  And the deeper you push the point, the harder it is to withdraw.

This also illustrates that most people do not and will not actively listen,  for to actively listen to another person you must have a willingness to be changed by what you hear – the person talking to me was having nothing of it!  Her be willing to change?  Heck, no – more like, her trying to force me to change: I won’t take no for an answer, you will back down off your hate position and admit that it’s really ‘dislike’; since ‘hate’ makes me uncomfortable, you are going to accept my point of view and agree that I’m right – which, by definition, means that you’re wrong. Yikes, and you talk about harsh?!

For my part, I was more fascinated by what this exchange taught me about her personality, since we learn about others by their behavior and their language. She also had the opportunity to learn about me by my communication, which I tried to point out: “You know, really listening to the words that people use tells you much about the way the person thinks, which leads to understanding their behavior.  When someone regularly talks in extremes (‘hate’ is an extreme word), beyond the specific meaning, just the use of extremes tells you things about the person.”

Talking in extremes (“the absolute best/worst thing that ever happened”, “the most brilliant/stupidest idea ever uttered”, etc) tells you that the person is a big thinker, moving from one end of a possibility spectrum to the far opposite.  It tells you that this person likely doesn’t settle and will work for something that they really believe in (but will quickly abandon something uninteresting), so getting them vested in an idea gains you a champion.  Talking in extremes is the mark of an extrovert who puts it all out there, a colorful person with a strong personality.

But my conversation partner that day was not only insistent on getting her own way, she was also not into learning about communication; definitely not open-minded to be at all changed by what she was hearing.  She just wanted WIIFM – which was to get her own way.

How about you?  Are you actively listening and learning? (and sharing?)