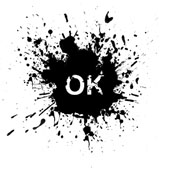 Bumps and bruises are a frequent part of childhood. Parents typically note minor incidents by declaring “you’re OK”, so the child doesn’t become overly engaged in lamenting a boo-boo.  Who wants to raise a hypochondriac who cries at every little pinprick?

As my first grandchild toddled through her early years, when she would fall down, I heard her immediately reassuring herself aloud, “I’m OK!”  The parental lesson internalizes.  Children learn to self-soothe.

Fast forward to adulthood, and that “I’m OK!” is pretty fast to fly off adult lips, especially when we trip in public and land on the ground.  Partially we say it as a hopeful wish, and partially it emerges to spare us of embarrassment.  Somehow it has become humorous to see people fall (with the exception of the elderly) and who wants to be the butt [pun intended] of others’ laughter?

The non-life threatening physical action of falling diminishes us, akin to losing something besides our balance.  We have lost our prowess, our agility, our adeptness – our clumsiness is laughable, and the speedy “I’m OK!” is really an apology for the momentary loss.

Rather than a young child who wants to call attention to himself by crying, the stoic adult doesn’t want any attention called to his loss of control.  The adult “I’m OK!” is an automatic response to self-protect against a loss of self-esteem.  Being laughed at does an amazingly effective job of knocking your self-esteem down.  Then the incident gets repeated in conversation, and the joke is really on you.

Moving beyond physical falling, there is also emotional lapses.  When something traumatic happens to us, those near to us ask, “Are you OK?”  This is a stock question – what else is there to say?  And it’s really a rhetorical question, yet it hangs there waiting for an answer. (check the ‘I asked if she was ok’ box)

And usually the answer is “Yeah, I’m OK” (translation: “I will be, but this is something I have to get through by myself”, or “Maybe, maybe not, I don’t know, I’ve never been down this road before, but I’ll figure it out”, or “No, I’m not OK, but you don’t have the answers, so thank you, but unfortunately you don’t have the help I need.”)

The other person feels relief that they asked and received back the satisfactory answer.  But unlike physical falls, emotional falls are much harder to gauge in severity of damage.  The person may look OK on the outside, even over time their outward demeanor may read as fine, but then there’s that self-protection kicking in.  Are they really recovered, or are they still crying at night?

Another dimension is when emotional loss creates physical impairment – the strong mind body connection.  There is a recognized causal link between the death of a loved one and survivor illness for up to 6 months.  The immune system is simply compromised by the toll of the grieving process, in relative degree to the depth of the lost relationship.

My sister-in-law died 3 months ago.  Since then, her mother has been in and out of the hospital with bronchitis and other breathing/’winter flu’ issues.  And her only sibling brother’s back issues recently flared up with a vengeance, worse than ever before. Why doctors don’t take this mitigating factor into account I don’t understand, yet they repeatedly fail to account for it.

When you communicate OK-ness, what do you really want the other person to know?  And when you are the questioner, perfunctoriness of the question aside, remember that the traumatized person has a lot going on, not the least of which is trying to figure out proper decorum and what they should respond, which is not necessarily the true response. A truly helpful person would be vigilant and come back to the communication a little later and with a different approach.

What say you on this topic?