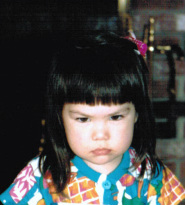 Now that both major parties have had their conventions, we are squarely in political high season.  While I try to avoid discussing politics as a general rule, the other day a local politician came knocking on my home door, giving me a great example of poor communication in action.

This stranger introduces herself as running for a local senate seat and asked if I had any issues to discuss.  Since I had just met her and was unprepared for her question, I politely deferred from reaming her out regarding any of my views on state or local government, which I logically know she is not wholly or perhaps even partially responsible for.

After hearing my response of “no” to her issues question, she handed me a standard brochure with her face on it and asked if she could count on my vote?  Really?!?  Did a total stranger just ask me for the favor of my vote, with hardly any attempt to earn it?  This felt like political SOP to me – insincerely glad-handing as quickly possible, getting in and out of as many homes as you can get to open their doors to you on a sunny Saturday.

I quickly saw my options as:  a) lie to her and say, “Yes! you’ve convinced me and I’m totally on board to vote for you!” or some such affirmative dribble, or b) tell her “No, I’m undecided at this point”, thereby wasting more of my time and hers, as she would then proceed to ask me how she could win my vote, expounding on her virtues, which may or may not be true – bottom line is I don’t really care, or c) stay true to my polite training not to hurt her feelings, but also true to my conscience and not make any empty promises either.

My brain quickly processed these options (not considering a myriad of other options like d) close the door in her face or e) feign sudden illness…) and I said, “I don’t know whether I’m even going to vote in November”, which was code for “You seem nice enough, so I don’t want to tell you ‘no’, but I don’t really know you well enough to say ‘yes’.”  Did she understand that for what it was?  Of course not.  She proceeded to lecture me on my civic responsibility to vote, which was totally the wrong route to take.  Who is she to lecture me, in that condescending tone?  If I didn’t know her before, I certainly didn’t like her after that.

After all the practice they have doing it, after all the doors they have knocked on, after all the people they have met, you might think that politicians would be better at communicating than most others.  Instead they offend, then largely go on offending in their ignorance and in their zeal to touch (offend) as many as possible during a short open window of time.  It is truly sad because we end up voting into office public servants that are not necessarily the best candidate for the job, but the lesser offender in the field of choices.

So what could she have done to have saved the day?  For one thing, she could have worded her question differently.  Instead of “Can I count on your vote?” which is from her vantage point, she could have asked, “How can I earn your vote?” which is from my vantage point.  And from the alternate wording she might have even received some valuable feedback that she could use, if she was listening.

Another good tactic is to always be in the other person’s shoes.  “Is this a good time – am I bothering you?”, “If you have a minute, I would like not to talk but to listen to your concerns.”, “Are you getting the services you want/need?”  Had she been in my shoes, she would never have condescended to lecture me on my civic duty, whether she felt it was warranted or not.

COMMUNICATION TAKEAWAY:  Every relationship, no matter how brief, is built on a platform of trust, and trust must be earned.  If you want something from someone, you must earn the right to ask for it.  Quickly earning trust and then earning the right to pose a request is a skill that can be learned and practiced, but still requires a transparent authenticity that must come from within.

QUESTION: Are politicians categorically the worst communicators?  Or, who’s worse, or just as bad?