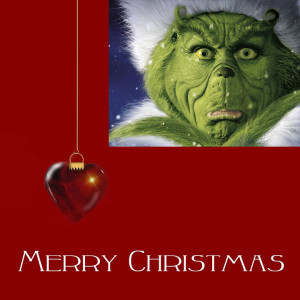 It’s the season to be jolly – gosh I just love Christmas!  It’s everyone’s favorite holiday for so many reasons:

I went out for my weekly groceries and could feel the spirit of the season throughout the store.  People holding doors, small talk in the aisles, smiling more than not.  In the parking lot, a women offered to take my cart back in and I saw her give money to the bell ringer as she entered the store.  Then driving home at a 4-way stop, my bad driving habits was waved through by another driver.  Let’s figure out how to make this last all year!

– Commercialism aside, it makes you think about others that you care about and SHOW your affection in some obvious way.  Sure you care about them year round, but when do you really bother to express those feelings? Christmas makes you make the effort.

What does Mom really want this year?  What would put a big smile on her face?  How can I be truly thoughtful and come up with something that wows?  (and is doesn’t have to be store bought to wow, just really thoughtful, geared right to her specifically)

– It brings out the best in people, from taking bell ringing shifts to charitable donations of toys for tots, gifts for adopted families, coats for kids, food drives

So there was Bob, retired now and ringing the bell for the Salvation Army kettle.  He does it every year.  As does the anonymous Santa, who gives out $100 bills down at the bus station.  And who doesn’t love the Police in Lowell, MI last year who with a local TV station, pulled over vehicles for minor infractions, engaged them in holiday conversation about gifts, then delivered the mentioned gifts to them in their vehicle within 15 mins!  Love that kind of police community caring!

But there’s also the dark side of the season of lights, why it’s disliked, even dreaded by many:

– People spend more than they can afford, then go into a January depression when the bills come due.  Somehow we equate out sense of worthiness with the size of our giving, which is faulty logic.  A big gift does not equal a big heart.

True story: years ago my cousin, who had 6 young kids, an unemployed wife, and mounting bills bought a mountain of Christmas gifts, then killed himself in his car in the garage.  No suicide clause in his insurance policy.  This happens far too often in too many families.

– We live in an unfair world, but at the holidays fairness reigns supreme. So we try to even things out, when they were never meant to be equal.  But the tit for tat in us feels so very uncomfortable when our little/big gift is met with a disproportionate exchange.

I just can’t go into the stores anymore because I will find something for one grandchild, which means I have to even it up for the other 3.  So now I’m buying things that they don’t need just for the sake of not showing favoritism.  Their little feelings will get hurt if one gets more than the others, but maybe they’re not counting?  Well if they’re not, their parents certainly are, so it goes.  Best not to take any chances, as every gift costs me 4 times the amount $$$

– We are forced into obligatory giving to others that we have no positive emotion around, a warped spirit of giving, which is definitely not in keeping with the real spirit.

So we’re having the Secret Santa again at work, and everyone has to participate in a small dept.  But Suzie really dislikes Margo and got stuck with her name… would a gift of coal dampen everyone’s spirits?

Notice that the LOVE CHRISTMAS! reasons all center around emotions and feelings?  It’s the real spirit of the season manifested in actions.

Also noteworthy is that the HATE CHRISTMAS reasons all concern the commercialism of gift giving, which is a modern by-product of a materialistic society driven by capitalism.  No coincidence there.

If we could just get back to communicating the true spirit of the season and get away from the monetary retail aspect that has gotten out of hand, what a wonderful world it would be 🙂