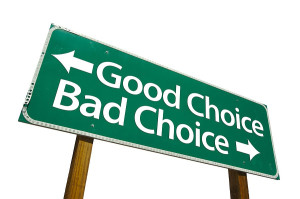 In surveys, most teens (+90%) label themselves as “good kids”, yet also admit to doing several stupid things at least once.  Who among us adults can’t point to doing at least one, probably more than one thing that was questionable during the teen years?  Lying is nearly universal and cheating is a pretty close second.

Almost half of the self-labeled “good” kids confess to having done more than just experiment with trouble, admitting to committing one or more serious offenses (drinking, using drugs, wild partying, sneaking out, having sex, stealing, driving at scary speeds) three or more times

Parents need to open their eyes to the reality of what’s “normal” in their kid’s world.  So many parents simply don’t want to hear or believe bad things about their children.  Being naive is unrealistic and delusional.  “Parents are so clueless sometimes… they think their daughter is an angel because she’s cute and friendly but they don’t see what she’s really like when she’s partying.”  Parents need to be involved in their kids’ lives and not put up blinders, taking the easy route.

Kids also delude themselves by downplaying and rationalizing their behavior, by seeing themselves as good even when their behavior isn’t “Yeah, I’m a good kid – I’m not on drugs or in jail am I?”  They delude themselves and rationalize their actions largely to spare their parents. “My parents would have a heart attack they could see the things I do when they’re not around, and I’m certainly not about to tell them.”  Nor are those parents going to go looking.  While parents don’t want to see the truth, in reality, it doesn’t change much to know, since experimenting with ‘off’ behavior is part of the growing process that all kids have to go through.

I fully admit to lying profusely and cheating on more than one occasion, among the lesser of my teenage evils.  So why do adolescents, good kids, do dangerous things?  For one thing, they truly feel like they are invincible, that no harm can come to them.   Other teens may have been unlucky, but nothing is going to happen to them.  Second, there is an urgent need to experiment, figure things out for themselves, on the road to self-identity and discovering their true selves.  They desperately want to be their own person, but how will they know who that is unless they take some risks outside of their comfort zone?  We used to call it ‘sowing wild oats’, the details of which are probably best left unknown to parents while they’re happening.

COMMUNICATION TAKEAWAY:  So what can concerned parents do?  To keep kids safe from dire experiments parents should absolutely be aware of where their kids are and what they’re doing, which serves to prevent much of the worse behavior if they think they can’t get away with it. Consulting with other local parents is also helpful, to compare notes.  Don’t worry if you get accused of spying for checking up on them – don’t get drawn into the “you don’t trust me” syndrome.  The response to that is, “Whether I trust you are not has nothing to do with it. I trust that you want to do the right thing but I’m going to check up on you anyway, because I don’t trust everyone else will do the right thing.  I know that it’s easy to be tempted to do foolish things, to get caught up in situations beyond your control. Regardless of how uncomfortable it may make you feel, protecting you is simply part of my job.”  Deep down they will (silently and perhaps much later) thank you for caring.