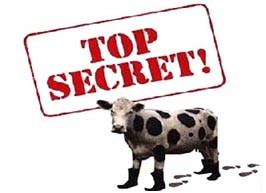 It’s rather simple, perhaps simplistic, to state that everyone wants the same thing, but it’s true.  How can this be when people are all so different from each other, with no two people exactly alike?   While it’s a fact that everyone is a unique individual and no two people are exactly alike, those differences are at the micro level; differences in experiences, unique perceptions, individual personality quirks.

But at a very basic level, we are all alike by virtue of our shared humanity, which is wired to be social.   The one thing that absolutely everyone alive wants from other people – it is to be noticed.   Ah, to feel valued by at least one other person is a basic inherent desire.

Pretty simple really.   While it sounds rather simple, it has a huge impact – on happiness, on confidence, on success in life.

We just all want to be heard, have an impact, feel like our life counted for something.  No one wants to be overlooked, ignored, made to feel like they are less than important, actually immaterial.  Leaving a legacy when we die, that our life mattered, even if it was just having an impact on a single person, is important to everyone.

By virtue of being born, every person alive is special.  But not everyone feels special.  And therein lies the biggest block to happiness.  While we may think that the unhappy people in the world do it to themselves, it’s really other people that contribute to a person’s unhappy state.  We are all hard wired to be social beings, live in communities, heavily dependent on others; we crave the attention of others for our happiness.  Loneliness is a terrible thing.  Which is not about being alone; loneliness is the state of missing the company and interaction of other people.

When someone is made to feel small, inconsequential, overlooked, as is often done to children, of course they look for negative attention.  It’s all about getting noticed, in whatever way works.  Negative attention is better than no attention at all.

The number 1 complaint workers have on the job is being overlooked.  Not pay.  Not bad bosses.  Not the work.  Being ignored ranks in the top spot.  The average worker feels like they put in a good effort day in and day out and the boss ignores them with hardly a word or a glance.  A bit of attention and specific praise goes a long way towards employee engagement and morale.  Without it, there is little loyalty (lack of caring swings both ways), lower productivity (why try harder when your efforts go unnoticed?), higher absenteeism (with a hard cost impact on profits).

If you doubt the importance of being heard, listen to all the expressions we use every day that reinforce the point:

“I told you so, but you wouldn’t listen!”

“I know you didn’t ask, but here’s what I think”

“In my opinion, you should never have… that was your first mistake.”

I, I, I…  every ‘I’ a plea to  be noticed, a need to be made to feel important, a voice standing up to be counted.

Remember this whenever you’re dealing/communicating with others.  Consider their universal need to be noticed.  If you go out of your way to include others, notice what they are doing that’s positive and making specific comment on their behavior, ask their opinion, make mention of their good traits you will be highly regarded and well liked.

This skill comes easily to some and needs to be acquired by others.  Just knowing that everyone desires some level of attention, doesn’t want to be overlooked, then acting on that knowledge is a good start.