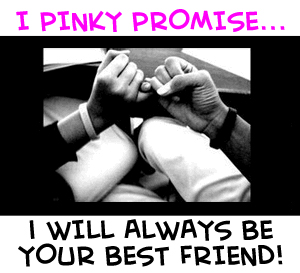 While it certainly feels great to have a close relationship with your teen, friendship should never be the primary goal of the parent. Teens expect their parents to provide support, wisdom, guidance, and discipline to help them later become the wonderful adults that their parents will want to have as a friend throughout their adult lives.

One of my friends grew up with a mother who admittedly never wanted to have the role of parent and always wanted to be best friends with her daughter.  That daughter ended up raising the mother instead of the other way around, which tainted her view of having children herself, and indeed had none.  My friend was robbed of a ‘normal ‘ childhood, although this situation is not that uncommon.  Many parents, due to their own insecurities, want to vacate the job of being the parent and much prefer the role of friend over foe, which sometimes it appears that a parent is when they are on the other side of many teenage arguments.  It’s fun to give in to teenage pleadings which makes them happy and like you.  It’s so much harder to be the authority figure and toe the line on an angry teen.

While it might be hard to continue to exercise authority when you’re kid seems to be resisting you at every turn, still you just need reassurance that continuing to stand firm is the right thing to do. That reassurance comes from several surveys from teens themselves that tell us that when you’re not in charge, your child loses respect for you and discounts your authority.   They want their parents to be parents and be in charge.

“My father isn’t really a father figure – he tries to be my friend more than my dad, so I can get anything out of him.”

“I have friends at school; I need parents!”

Some parents try to be ‘cool’, to earn their kids friendship within an ‘anything goes’ approach.  More often than not this approach is more likely to earn the teen’s disdain.  Parents that use a permissive parenting strategy misguidedly try to build a relationship with their adolescent by being lax in the hopes of gaining their affection, but instead this behavior ruins the relationship.  Teens feel that their parents have checked out and don’t care about them, even while enjoying the short-term benefits.

I was one of those teens, with older parents that indeed had checked out by the time I reached the hard years. They let me do anything I wanted, had no idea where I was, who my friends were, or what was going on in my life. I had no curfew and did as I pleased. While I was a ‘good kid’, getting good grades and held a responsible afterschool job, looking back I always resented having to raise myself. At the time I envied the kids with parents who cared about where they were what they were doing.  I knew that deep down a certain demonstrable level of caring was what I really wanted and never received.

In surveys teens have stated that adults who don’t try to be cool and instead act like parents they are win the most respect from other kids – they would take the real parent that enforces the rules over the fake parent that was trying too hard to be cool (or in my case, just to disinterested to get involved).

And still other parents feel that they are just too busy to find the time to deal with getting involved in their teen’s life. They assume, rather they hope, that things will work out okay without their involvement.  Often these kids do make it through the teen years safely, but not without some degree of resentment.

COMMUNICATION TAKEAWAY:  We all want to be liked, since we are all social creatures. But the role of parent is not to be friends with your child, rather it is to be the parent, which is not always the likable route, but it’s the right route, and the one that your child wants you to take.   With teenagers this can be especially hard since as young adults they are clearly friend material, but resist the urge, especially when what’s really needed is exerting your authority.