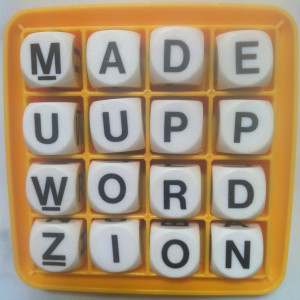 It’s hard enough to communicate clearly, and then the exact right word escapes us.  Or we simply don’t know the right word.  We know the concept that we’re trying to get across, but the single word to convey that exact concept for complete understanding escapes us, right at the moment.

“You know what I’m trying to say, right?  Hey, John (informed friend nearby), help me out here…you know when you are trying to [fill in the blank] – what’s that called?  You KNOW what I mean, don’t you?  Oh, it’s right on the tip of my tongue…!”

When my Memere couldn’t remember the English word for something, she would slip into her native French, declaring she didn’t know how to say it in English.

The US is a great melting pot of nationalities and languages.  In my home state of Maine, the whitest state in the nation (94.4%), the local school system (with 79.9% of the students listing English as their primary language) there are 92 other languages, in addition to English, listed as spoken at home.

Because of so many language differences there are many words in the US that have melded into common use and found their way into the dictionary that are uniquely American.  Since English is now the most commonly spoken language in the world (thank you, Silicon Valley), American words are now global.

American English is heavily nuanced; there are layers of meaning that takes years of being immersed in the regional culture to fully understand.  This makes it hard for non-native speakers to comprehend the slang meanings, reserved for those in the know.

American English is also very informal, making it friendly and casual, but also hard to pick up and speak like a native.  Tone is oh so important to meaning in language, with all words carrying tone, including written words.  Words spoken with a flat tone have a different meaning than the same words with a lift, right?  Body language also contributes heavily to tone.  Saying the words with a lifted eyebrow is not the same as those same words spoken with a smile 🙂

Since language is living, it keeps changing, which makes it even harder to keep up.  New additions constantly contribute to the 1,025,000+ English words currently tabulated.  So what do you do when the one word from the million words available to select from, that you want to use express yourself isn’t top of mind?  Make up a new word!

Made up words can be fabulous.

I love “Grexit” to explain the current debt crisis in Greece, considering exiting the euro zone.

We explain in person, so you understand the concept of “textplaining” in texts.

Some made up words will catch on and become part of the lexicon (making you a proud parent, if it’s your word!) but others won’t make it, for a number of reasons.  “Textplain” is not likely to gain traction because “plain” is a homonym with “plane” so there is confusion when it’s spoken and it sounds like a version of an aircraft.

“Elegate” – to delegate up a level – is another clever word concoction but likely won’t have legs because it sounds too much like other words and that the speaker is just mispronouncing, like relegate, elevate, elegant, etc.

While “Grexit” is perfect for the times, it is too limited in duration to make it long term.  Or at least Greece and Europe hope that will be the case.

The best made up words are a combination of different ideas that sound logical together, with a unique sound and have good flow across the tongue.  I came across such a word the other day – “bloviate” – meaning not to blow too much hot air (talk too much) off topic, uselessly – and it turns out that bloviate is a real word!  So, darn, I can’t take credit, but at least I know what the creator was thinking!

So I’ll end now, so as not to be accused of bloviating!

Got an example of a great made up word?