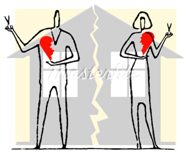 Who do you care for more?  The order in which you name them gives you the answer.  Do you say ‘Mom and Dad’, or is it ‘Dad and Mom’ with you? Hmmm… ever think about it, as those names pop out of your mouth?

Certainly when you’ve know someone longer, they tend to be named first.  The children, for example, tend to be called in birth order: “’Oldest and youngest’ are at their grandmother’s house.”  Speaking about grandparents, how about those in-laws – who is named first (since you met them at the same time in your life)?

My daughter-in-law used to name me first, as in “Let’s go visit your mother (first position) and father (second position)”, back when she liked me.  But then she and I had a large blowup, which we still are recovering from, if ever it repairs.  And after it happened, what do I notice?   Well, first she called me by my first name – which I heavily frown upon as a matter of generational respect – which she had never done before.  Naturally I didn’t respond, so that didn’t repeat.  Then a grandchild was born.  Years ago we had grandparent names all picked out and gotten used to, since I hate ‘grandma’ or any version of it.  My grandmother name is ‘Dolley’ and my husband is ‘Boomer’ (some hockey reference).  And now I notice that with her it’s all about “Boomer and Dolley (I am now in second position)” this and “Boomer and Dolley” that with the grandchild.  Not unexpected but interesting nonetheless.

We get into verbal habits and name groupings are no exception.  ‘Dick and Jane’ become a habitual way of thinking about that couple, but also reflection our preference, or at least our initial preference.   If Dick was the primary friend first, then affection for Jane came later, that’s habit.  If Dick is the brother and Jane is the sister-in-law that’s preference.  If Jane is the sister and Dick is the brother-in-law that might also be preference!  It might have started out as “Jane and Dick” but over the years moved to “Dick and Jane” for you (maybe for only you).

So, is it “you and me” or “me and you” ?  Look around your relationships and think about it.  And with your children, consciously make an effort to change it up.   Go with “Tommy and Sally” once, then “Sally and Tommy” another time.  It’s the little things that become ingrained over time.  When Sally hears “Tommy and Sally” over and over for years, she subconsciously feels like she’s second fiddle and that her brother is favored.

COMMUNICATION TAKEAWAY:  Rarely do we give much weight to who we name first in a multiple naming situation, but there’s some underlying preference to our verbal choice.  We place first the person we are closer to and push out the other name, as not as near and dear.  Since names are very important and very powerful, this phenomenon is rather telling about the relationship between the namer and the named.